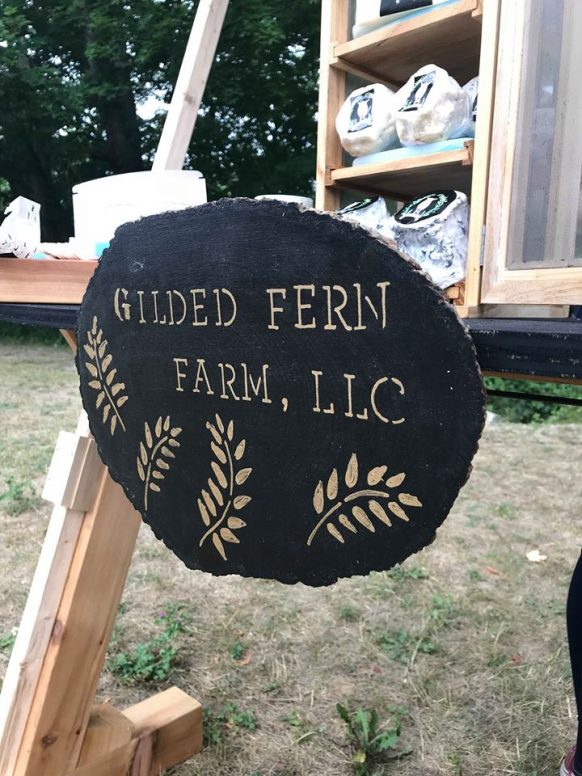 While cheese making may seem like a fun and creative endeavor, secretly, it is also one that can be full of angst. It may even cause one to question their own sanity! I have learned that cheese makers tend to be of a determined spirit. I appreciate their beautifully completed works but now understand a little about what it takes to get there.

I have attempted a triple creme 6 times at this point. And although my cheese-loving family clapped and cheered at the last batch (not quite, but still an enthusiastic crowd), it was somewhat of a disappointment. The curds were drained too long and the texture was not the heavenly richness that I was hoping for. Next week I will give it yet another try! (never let the cheese win. See! That’s the sanity thing I was mentioning).

I have become fairly proficient (lucky actually) with my blue cheese, gaining a little more understanding of the environmental aspects required to coax (and sometimes beat back!) those blue-green molds.

I had a few attempts at the Cambozola (or some call a ‘blue brie’). I felt proficient with bloomy rinds in general (ie Brie and Camembert), could reliably create a tasty blue and settled on the perfect cheese mould ratio (ie height x width) after much reading and consulting with other cheese folks. Tools sanitized, apron secured in place, I was ready!

My first attempt resulted in blue mold dominating my cheeses with no chance for the delicate white mold (Penicillium candidum) to become established. Also, there was essentially no blue mold INSIDE the cheese.

Fast forward to attempt #4! I used a mesophilic culture which contains bacteria responsible for a little gas production as to allow/encourage the blue to grow. I drained my curds a little extra to encourage a more ‘open’ structure, and added blue mold to alternating layers of curd. I was cautious not to allow any blue mold to get near the outer edge of the cheese. By the end of my cheese making for that day I knew this attempt was a certain success, and although one of the local restaurants had no interest in Camemberts, they were very interested in a blue-brie. I knew that they could expect to see this wonderful cheese coming their way shortly.

Well, after 3 ½ weeks (plenty of time for blue to develop through the holes pierced into the cheese) I cut my little, fuzzy beautiful cheese open … WHAAAT! There was nothing, other than a little island of bluish fuzz …argh! 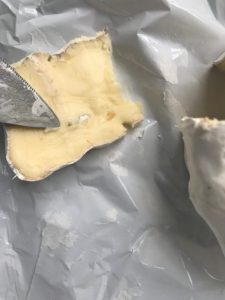 I hope you can appreciate just a little of what a cheesemaker’s apprentice goes through. But hope springs eternal and one must ‘cheese on’.

I had made Camemberts with the same batch as the Cambozolas (obviously no blue mold added). They were much too high as I had allowed the curds to drain too long and refilled the moulds as they were settling down. ‘Disaster, I thought’.

You see now the bipolar qualities of cheese making? Same day with 2 cheeses: 1 was likely to be fabulous and the other a huge mistake. Instead, weeks later the opposite was true for each.

Below is a picture of the ‘Camembert’ that was much too high and thought a failure. However, the flavor is tremendous! Look at the difference for the center paste. It appears a little young (similar to a chevre). No bitterness. The bitterness of the failed Cambozola must be a result of protein breakdown (proteolysis) from the blue mold. Wow. 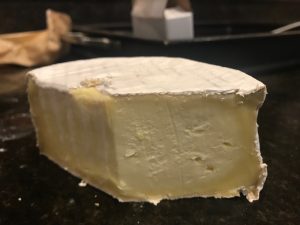 Making two different cheeses from the same batch of milk/culture combination (with some variation) is a perfect opportunity to learn something new firsthand.

Up next: when the apprentice is too afraid of going back into the cheese cave …

213 thoughts on “Caution: Cheese Making Can Make One Crazy!”